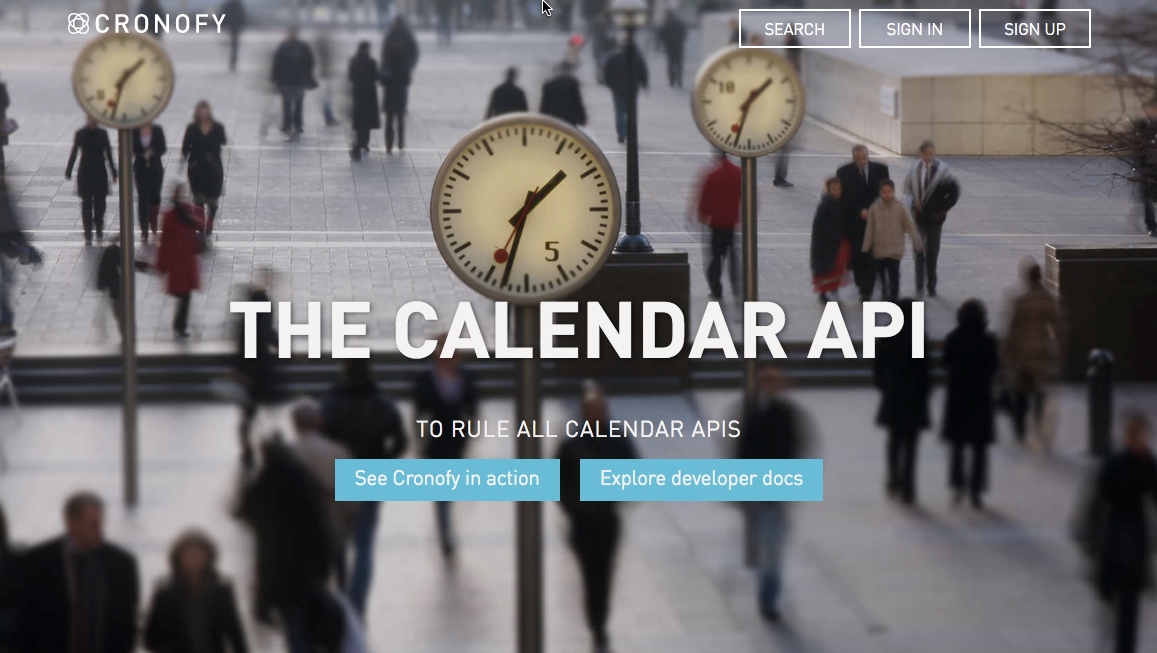 When entering the building, what percentage of themselves do your employees have to leave outside?

It is not possible for a person, whose values are not aligned with the company's, to deliver ultra high performance.

An interview with Adam Bird, founder and CEO of Cronofy

“Find people who share your values, and you'll conquer the world together.” ― John Ratzenberger

Belonging is a fundamental requirement of the human condition. We need to belong in order to create a sense of reality and to find meaning in what we do. A new team member’s values must align with the company’s values, in order for them to be able to become a fully-fledged member of the team and thereby fulfilling their need to belong. The one variable that can enhance or hinder your employee’s ability to give 100% of themselves to the team and the company is the amount of alignment there is between their personal values and the company’s values.

Your employees have one of two choices every time they enter your office.

When they do enter the office they come in with a façade that attempts to make up for that missing percentage and the problem with a facade is it’s not natural and it takes effort to keep the mask from slipping. It is not possible for a person, whose values are not aligned with the company's, to deliver ultra high performance, because they are internally frustrated that they can’t be themselves at work. They have to continually regulate their actions and behaviours to make sure that they stay within the bounds of the company’s misaligned value structure.

This is essential to keep in mind for your interview process: if you don’t know what your company values are, you can’t possibly evaluate the values of the candidates you interview, and you won’t know if the people you eventually hire are operating at 70% capacity behind a façade.

I spoke with Adam Bird, founder and CEO of Cronofy about what he had learnt about value and culture definition from his previous companies and how he is applying those learnings to Cronofy.

What have you done at Cronofy to define your company values?

I started to think about our culture and values earlier this year. Our first hires were all within the Cronofy team’s network. Before we hired outside of our network I wanted to be sure that we’d captured the values of this early team.  But also had an opportunity to reflect on them and ensure that they were the values that we wanted to cultivate going forward.

We started our values clarification with a session by Gabbi Cahane of Multiple, one of our early investors, and defined three main tenets of operation for the business.

This is the first step in the process for us and we are now looking into how we can map these tenents onto the actions and behaviours that reinforce them. Over the next few months we will dig into these tenets and expand the definition and scope of our values further. We will review everything that we are doing and explore whether they are hindering or reinforcing our values.

I am also in the process of writing an onboarding manual to encapsulate the three key tenets. It’s like writing a handbook for Cronofy; how you deal with life at the company and how we think about things. I will be bringing the team into the process to make sure it reflects what we stand for and who we are. We will also be able to use it as a sense check for hiring in the future.

We didn’t do the values and culture definition early at my previous company Esendex and the business really suffered because of it. This feels like we are preparing the business in the right way for the future but I guess the future will show us if we are right.

So Cronofy is not your first start-up?

No, this is my third, the first was a failure, the second was a success and the third, Cronofy, is pending. The failure of my first business is all about naivety and the lack of realisation of the critical importance of sales. I sort of fell into setting it up while I was freelancing to pay for my university fees. I wrote a software program for JD Wetherspoons to test the feasibility of their sites, which went quite well. At the time I had a choice to either do a PhD researching pollution flows behind motor vehicles or, I could set up a software company.

We built the team up to seven people and developed some great software, but we just didn’t sell enough. During 2000 we won a large deal and geared up for the extra work, then the dotcom crash happened and the client pulled out of the deal. This left me with a wife and 1-year-old child having to get a job, which involved a three hour round trip commute from Nottingham to Peterborough. It was hell. The lesson from my first business that I will never forget is make sure you build a strong enough sales capability to sell enough of your product to sustain the growth of the business.

Where did the motivation to start Esendex come from?

Julian Hucker and I were playing around with an idea for an SMS business and I had had enough of commuting, and working for someone else, so we co-founded Esendex in 2001. Esendex was a real voyage of discovery; over 10 years we developed the business into an international messaging service provider with 6,500 customers across the UK, Ireland, Spain, France, Germany, US and Australia. We delivered 20% growth every year and although we didn’t achieve the growth I would have liked, the business was acquired in 2013. I am applying most of the lessons that I learnt at Esendex to Cronofy.

What mistakes did you make at Esendex?

We weren’t aggressive enough when finding additional routes to market either. We opened offices in Melbourne and Barcelona but didn’t go beyond that. The international offices never felt like they were part of the organization either, which was another mistake I made. That changed as soon as we hired a Spanish national into the Nottingham office. Bringing someone from the culture helped our team connect better with the international offices. Another example of the small things you learn when internationalizing a business.

What have you learnt from your past ventures that you are applying at Cronofy?

We designed Cronofy as a distributed team from the get go. So we have put processes in place to account for the fact that our team is spread around the country. We have built a culture of asynchronous communication into Cronofy. Many of us are travelling regularly to meet customers, partners and each other and everyone needs to be able to work efficiently wherever they are. At the moment it’s working really well and the real test will be when we start to experience large time zone differences.

At Cronofy we have chosen to hire executives who have more experience under their belts. This is the result of another mistake I have made previously, where in certain cases, we should have hired people with more experience. At Cronofy we have one post millennial and the average age is 30. To be able to build an effective distributed business, you need people whose values are aligned, with experience and maturity, who don’t need too much hand holding or micro managing, and know how to take initiative and get on with the job at hand.

How often do you bring your team together for meetings?

We have a monthly all hands meeting where everyone travels to Nottingham. We have the team stay overnight in order to build the connections and get consistent and regular face time. Building the social capital amongst the team is important. Our engineering team gets together every week in London or Nottingham as do our product and sales and marketing teams. By design everyone meets up with someone else in the team at least once a week. We can’t afford for people to feel like they are not an active and integral part of the team and we have built a meeting system that ensures that people connect and meet up regularly.

Why did you decide to implement the OKR framework at Cronofy?

Management by results and outcomes is a pre-requisite in a business with a distributed team and the OKR process formalizes that. We started with the OKR framework a month ago in October.

What have you learnt at this early stage of the OKR implementation?

We need to strike a balance between clearly defining the outcome yet ensuring that you don’t encode the method into the outcome. With the OKR framework it’s easy to slip into binary outcomes. The challenge with OKRs is that people can think that they are failing because they achieved 0.6 and don’t understand that the purpose of OKRs is to set stretch goals. On the positive side it does give people the confidence to be innovative and experimental. People can become risk averse and if they have a number to hit and are unlikely to hit their number doing things the normal way they will start to think outside the box and try new outlandish solutions to hit their number.

How did you approach the process of communicating OKRs to the team?

OKR development is an iterative process and Garry our CTO and I sat down and wrote the first draft of the OKRs. We defined the company level OKRs and then circulated them to the team for comment. The team then produced their own individual OKRs based on what we had defined for the company OKRs.

We took the decision to implement OKR at an all hands meeting in June, where we discussed the pros and cons. The team agreed their individual OKRs around 3 key company drivers 1) grow monthly revenues, 2) grow pipeline and 3) enhance the product. We looked at the personal OKRs our team had produced and analysed how they in turn would drive the company OKRs forward. We wanted to make sure that the OKR framework had the team buy-in and make sure that the process we were using to implement the OKRs made sense and was fair. It’s important to remember that OKR is a framework rather than a process. You discover the process by working through the framework.

How are you managing the OKR process?

We do 1-2-1 meetings with everyone in the team every one to two weeks. Everyone reports their performance against OKRs weekly. At this early stage we are analyzing how “stretch” the goals really are and whether we need to recalibrate them. We know that we are not going to get everything right straight out of the gate but we understand the value of OKRs and are learning how to implement them effectively.