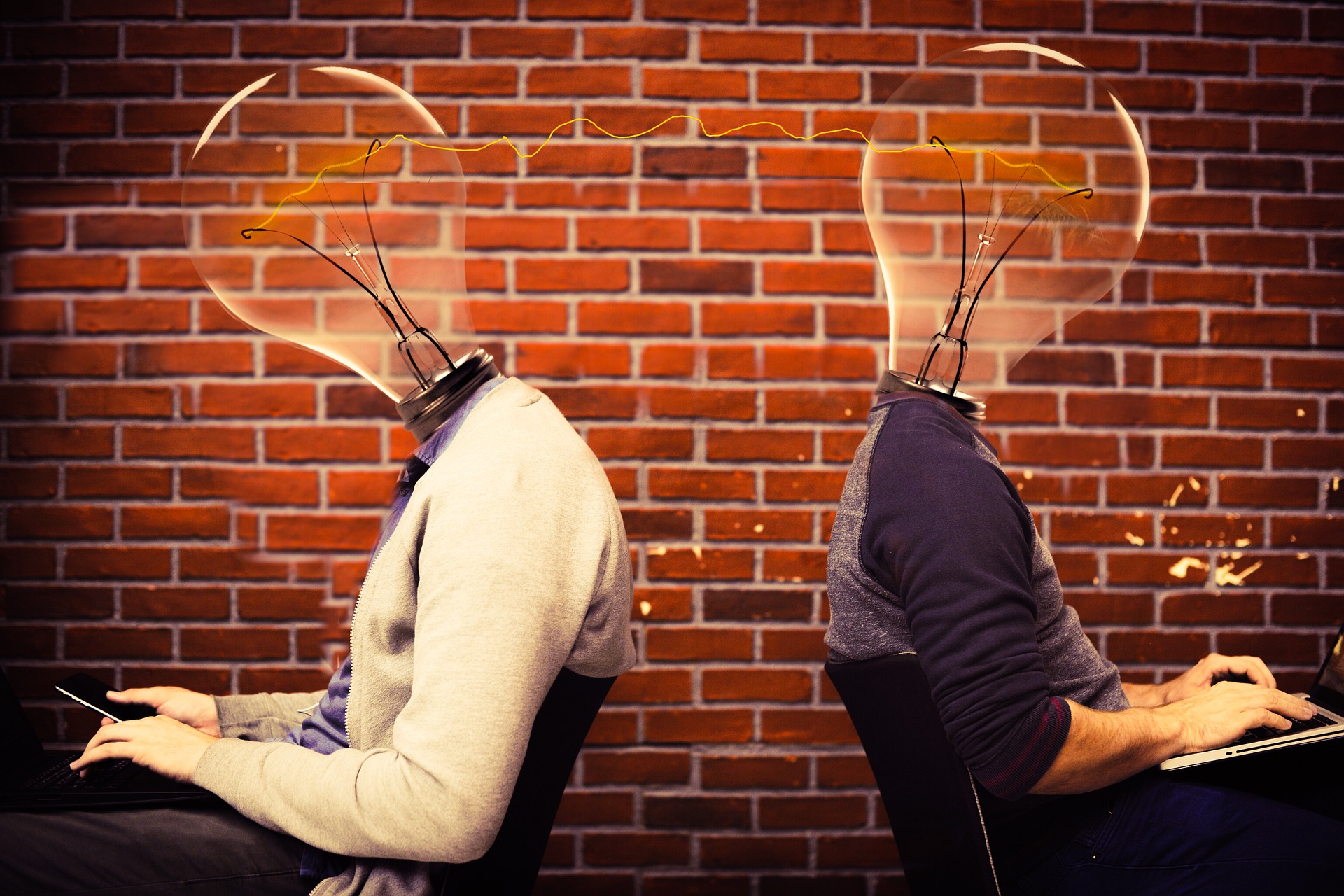 Startup due diligence begins with your cofounder(s)

The potential pitfalls of cofounding a company

Deciding to start a business is a momentous decision. Any entrepreneur will tell you that in the early years – with no guarantee of long-term success – you will pour more blood, sweat and tears into your venture than you even knew possible. There’s a reason why so many founders talk about their business as their “baby”: it takes just as much work as raising a family, you become just as depleted, and you are just as invested.

It is no wonder then that some people decide to cofound a business: after all, a good cofounder relationship can transform the experience of founding an enterprise. Rather than facing the monumental and rather relentless challenges of launching a startup by yourself, suddenly you have a co-pilot and confidante, someone to weather the tough times with, someone to bounce off and make the difficult, strategic and exciting decisions with, and someone who can plug the gaps in your skill set. Work with more than one cofounder and you can create a founding team that is a force of nature. For venture investors, it’s all about risk mitigation and most prefer to invest in a cofounding team rather than an individual founder.

A good cofounder relationship generates a wealth of business benefits. There is the combined human, social and financial capital; the varying and complementary strengths, working styles and skills that each person brings to the table; the increased ability to identify and fill the knowledge and experience gaps across the founding team; and the relationship itself, which can be a source of ongoing motivation and a space to share the successes and difficulties along the way.

It is no secret, however, that the cofounder relationship is complicated. The many relational and power dynamics that the founders must navigate, the pressures of building and leading a team, as well as the hard business decisions can all make or break the venture. In addition to the stress of leadership, there is the added layer of pressure that comes from having to manage the relationship with your cofounder. Research by Michael Gorman and William A. Sahlman found that 65% of startups fail as a result of cofounder conflict. There are many reasons why a cofounder relationship can fail, doing your due diligence, setting up the structures and carefully thinking a potential cofounder relationship through is critical.

So, what are the potential pitfalls for mismatched cofounders, and how do you know, when you have the right one?

Cofounder mismatch is a real but solvable problem. Look out for these potential pitfalls and address any issues as soon as you spot them.

Ability to accept and process feedback

Stubbornness as a character trait can serve entrepreneurs well. As Seth Godin writes, knowing when you’re in a dip versus when you’re at a dead end can change the course of a business. The world’s most successful founders have seemingly endless grit, resilience and perseverance – but there are times when a founder can be so attached to their ideas that they refuse to pivot or adapt despite all the evidence and everyone around them indicating that they need to.

If your cofounder or potential cofounder is stubborn to the point where they take no feedback, refuse to compromise and oppose every suggestion you offer, it’s a red flag.

There are many different leadership styles, and cofounders with varying styles of leadership are not inherently problematic; if anything, it can be extremely beneficial, creating a more well-rounded leadership experience for the team. Issues arise however when founders overtly oppose or otherwise undermine each other’s leadership styles – either directly to each other or in front of other team members. This type of behaviour can quickly create a toxic culture.

A strong company culture is mission critical to a business’s success, and the values and beliefs a founder holds will infuse and shape every part of the business. When cofounders’ values clash, a host of issues arise. Even the simplest of decisions can become a source of difficulty if cofounders hold competing rather than complementary values.

Organizational consultant David Armstrong often refers to the idea of the ‘organization in the mind’ – the idea and image a leader holds in their mind about the organization. This includes things like the vision of where the company will be in 5-10 years’ time, the culture they want to cultivate, the ultimate mission or purpose the company exists to fulfill, and the end goal (is it, for example, to sell off the business, or to keep running it for the foreseeable future?). When cofounders clash over this, it can ultimately damage the fabric of the company.

Lack of self-awareness and willingness to learn

Entrepreneurship is nothing if not a compelling journey of self-development. When you run a business, you often have to juggle multiple and conflicting demands and are tested to your limits. In the process, you will come face-to-face with every single weakness and character flaw you have. Self-awareness and a willingness to learn are essential. A cofounder who assumes they know everything will be unlikely to learn from their mistakes and less open to taking feedback on board; this could prove to be extremely problematic further down the line.

As Nicholas Cole writes in an article for Inc., “Startups don't fail because startups are risky. Startups fail because their founders often lack a sense of self-awareness.”

A power struggle or conflict over decisions and control

Different decision-making styles among cofounders is not an inherent issue, but clash in your approach to decisions or over the decisions that get made can become very difficult. The same goes for delineating who has control over which aspects of the business. Explicit conversations about these are essential for a high-functioning cofounder relationship.

Unclear or no agreements about ownership

Many cofounders decide to get the business off the ground before talking about equity. In the podcast StartUp, which chronicled Alex Blumberg and Matt Lieber’s efforts to launch the podcast production company, Gimlet Media, the cofounders recorded and aired their discussion of equity split, agreeing a 50/50 share; after the conversation, Blumberg remarked that he now owned 50% of nothing. However, many cofounders avoid or delay having this conversation because it can be uncomfortable, particularly if you envision having more equity than your partner.

The worst thing you can do here is run on assumptions.

Every entrepreneur has a different appetite for risk – and different industries require different levels of risk to get going. Generally speaking, if one of you is willing to invest your own money but the other one isn’t, and this isn’t reflected in your equity discussions, you will likely have a problem on your hands. Risk tolerance will also probably be a recurring issue as you start to scale and must make decisions about whether to seek outside investment, the pace at which to grow the team, and whether to diversify. You don’t have to be entirely on the same page – one of you may instinctively be more conservative than the other, for example – but you do need to be compatible. Talking this through and getting a clear sense of each other’s tolerance for risk is highly advisable.

Is one of you working 18 hours a day and the other putting in eight? If so, you might have fundamentally opposed reasons for starting the business. Addressing founder motivations, commitment levels, family influences and time horizons is essential to a smooth-running cofounder relationship.

An unwillingness to deal with founder differences, misalignment and conflict

At some point, you and your cofounder(s) will hit a rough patch in the working alliance. In many cases, how you deal with these differences and areas of misalignment will determine the overall health of the working relationship. If your cofounder prefers avoidance to accountability and is unwilling or unable to sit down and work through challenges with you, the partnership is, on rocky ground from the start.

How to know if you’ve found a good cofounder

It might look like I am averse to cofounder relationships given this admittedly rather long list. I am not. A strong cofounder relationship can be an unstoppable force to be reckoned with. For example, the Gimlet cofounders I mentioned earlier, Alex Blumberg and Matt Lieber, signed a deal with Spotify last week; Spotify acquired the podcast production company for north of $200 million – not bad for a business that is only a few years old. Alternatively, look at Charlie Kim and Meghan Messenger, the co-CEOs of Next Jump, a cultured-driven tech startup I have written about repeatedly. They have worked alongside each other for many years creating an incredible culture and building a great business.

You know you have the right cofounder when you admire them, when you enter the coveted ‘flow state’ when you work together, when you are almost intimidated by how smart and talented they are, and when you understand each other.

When you can take complementary roles (engineering sitting alongside product, for example), when your strengths offset each other’s weaknesses, when your working styles fit well with each other and when you fundamentally respect each other, the inevitable challenges you face as the founder of a business can be weathered all the more smoothly with a cofounder by your side.

For a VC's perspective on this check out Seedcamp Managing Partner Carlos Espinal's great post here.